Dating across the pond: how to date someone from abroad

It’s a scene that has been replayed in rom-coms and TV shows for decades, but it seems there is some truth to the highly portrayed attraction between Brits and Americans dating across the pond.

While these fictional shows may emphasise the effect that an accent can have on someone from another nation (think Hugh Grant in Notting Hill), it seems that the attraction between Americans and Brits is just as strong as it has ever been. That is, if Meghan and Harry or GiGi and Zayn are anything to go by.

However, it’s important to know that the cultural differences stretch far beyond the different accents. In this guide, we’ll highlight the key differences between dating in America and dating in Britain and talk you through some of the most common mistakes when looking to date someone who is originally from another country, so you can enjoy a better dating experience and  a long-term committed relationship with someone from across the pond.  Check out our insights below.

Dating in Britain vs dating in America

If you’re considering dating someone from across the pond, it’s worth knowing that there are some big differences between the UK and the US when it comes to dating. Some of the key cultural differences include:

But while opposites often attract – it’s not all stark differences – there are some commonalities when it comes to dating in the UK and the US. Firstly, the shared language and histories make it much easier to relate to one another, rather than learning about an entirely new and different cultural background.

Not only this, but good conversation and a sense of humour are important on both sides of the pond – even if the British sense of humour tends to err more on the side of sarcasm.

How to embrace these differences to build strong relationships

The good news is despite the cultural differences, there are some simple ways you can build strong relationships with your partner from across the pond.

If you’re dating a Brit:

Remember, events like Valentine’s Day or meeting the parents are not such a big deal in the UK, so try to take these in your stride and not go too over the top when making plans.

It’s also worth recognising that while Americans may be more inclined to focus on and talk about personal aspects such as salary, work and where you live on the first date, these material qualities are less important in the UK and the focus is more on building a genuine relationship with someone. So, skip the interview-style questions and ask them about their interests, aspirations and lifestyle to unlock the type of person that they are.

If you’re dating an American:

Be prepared to slow things down and adapt the way you date. This means forgoing the pub on occasion (it’s hard, we know) and instead shaking up date night with a few day dates thrown in. Why not use it, as a perfect excuse to introduce your date to some of your favourite passions and learn some of theirs too?

You also need to be prepared to talk more openly about your relationship and intimacy. Americans are far more open and forward when it comes to dating and talking about the relationship and where it is heading is something that is important to Americans – it also makes it easier to know where you stand.

With clients based in both the UK and the US, Ignite Dating has a strong insight into the cultural differences of both nations and what makes dating different depending on where you are from. So, if you’re looking to find love across the pond, perhaps we can help. Get in touch with our talented team of matchmakers today to find out more. 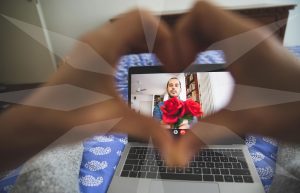 How a year of lockdown has changed dating

It’s clear to see that through a year of lockdown there has been a big shift in the dating landscape. From vaccination statuses on dating profiles to socially distanced date nights, lockdown has had a huge impact on the dating world… 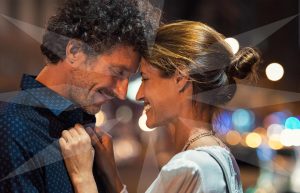 When is the right time to be intimate

You might have heard of the three-date rule. Sometimes this is extended to the ten-date rule. Other times this goes out of the window within the first 24 hours. With so many variations, is there ever a right time to be intimate with a new partner? 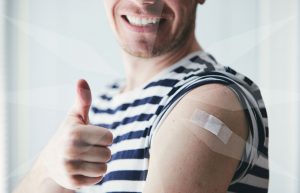 Why is vaccination becoming the new dating deal-breaker

There was a time when being tall, dark and handsome was enough to tick all the right boxes – but now it appears that your willingness to have the COVID-19 vaccination can also impact the number of dates you get.

Who Are We?
How We Work
Myers-Briggs Test
Success Stories
Locations
Blog
Press
Contact Us

Subscribe to receive useful hints, tips and news to guide you on your dating journey.

Any cookies that may not be particularly necessary for the website to function and is used specifically to collect user personal data via analytics, ads, other embedded contents are termed as non-necessary cookies. It is mandatory to procure user consent prior to running these cookies on your website.

Are you looking for love?